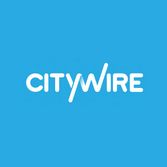 Zurich WM: how to open your first foreign office

In October, Clarus Capital received a licence to open an office in Kazakhstan, the firm’s first outside of Switzerland. Max Evard, a partner who is responsible for developing the regional market in Kazakhstan and Central Asia, explained to Citywire Switzerland how the process of expanding into another country works.

Evard said that wealth managers need to have staff who understand the language and culture to expand into a new country.

‘You have to carefully choose which country and you should have this focused approach: Picture a country or identify a number of countries that you’re interested in and do an indepth analysis of the regulatory, legal and business-practise environment. Once you’ve decided on a country, start to develop in-house knowledge and relationships – for example, with the representatives of the regulator. For us, it took us more than a year for the office to be operational,’ he said.

Once a location has been chosen, it is important for senior staff to go there personally.

‘Out of the head office, people have to travel and spend some time on the ground in the location in order to push things forward. It’s not something that can be done mostly remotely. It has to be done at least 50% from within the location,’ he said.

Clarus Capital chose Kazakhstan over Russia, where it has many clients, because it offered access to new opportunities. In addition, Evard said an essential factor was the Astana International Financial Centre (AIFC), in Nur-Sultan, formerly Astana, where the new office is based. The AIFC has a different legal system to the rest of Kazakhstan.

He said: ‘We would not be interested in developing a Kazakh business in Kazakhstan under Kazakh regulation. We would have continued to operate in those markets out of Switzerland as much as possible.

‘We knew of the difficulties of working under local laws in Kazakstan, Russia or another country in the region. It is bureaucratic and the AIFC offers an alternative. It has English common law and a separate regulator.

‘Switzerland as a cross-border provider of financial services has a very strong position in the Russian-speaking market and that position is somewhat less strong for the Kazakh market.’

Clarus Capital is in the process of working out which country it would like its next office to be in and may upgrade the licence of its Nur-Sultan office, which is currently only registered as a representative office.

‘We have mid- to long-term plans to consider an advisory office licence, but this is definitely not a topic for the first half of 2020,’ Evard said.

‘Maybe the whole thing can be sped up from a year and a half to maybe nine months but who knows. We would do it differently. We would put in a bit more of concentrated effort,’ he added.

Link to the Page