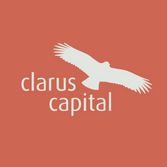 After an upbeat start of the quarter, the end of Q3 was characterized by an extremely bearish sentiment in financial markets, from which practically no asset class could provide an escape. As central banks are set on bringing an end to the dangerously high inflation, investors are assessing the risks of a global recession.

The bear market rally that started July and peaked mid-August ended as July inflation and labour market data brought investors a reality check. Higher-than-expected price growth rates accompanied by robust labour market conditions were followed by a very hawkish tone from Powell at Jackson Hole, which lead to another leg down in bonds and equities.

While in August both CPI and unemployment seemed to have moved in the desired directions, they were still nowhere near the levels that would make the Fed confident that price growth had normalized. Moreover, August inflation data showed some mixed signals: the YoY US CPI figure stood at 8.3%, which surprised investors to the upside, but was lower than the July reading of 8.5% due to the falling oil prices. However, the MoM CPI, MoM core CPI and YoY core CPI were all not only above the forecasts, but also above the respective July numbers. So, US core YoY CPI stood at 6.3% in August, versus the July’s 5.9%. At the same time, unemployment rate in August was 3.7%, which exceeded analysts’ expectations, but so did labour participation rate, which was also higher in August than in July. CBO estimates the natural rate of unemployment, or non-accelerating inflation rate of unemployment (NAIRU) to be around 4.4%. This means that while unemployment rate stays below 4.4%, inflation cannot subside.

In line with its hawkish rhetoric of the past year, the Fed once again hiked the target interest rates by 75 bps in the September meeting. Now they sit at 3-3.25% range, with end of 2023 projections at 4.5-4.75%. The Fed keeps signalling the willingness to take whatever steps necessary to bring inflation back to the 2% average, even if those steps might lead the country and even the world to a recession. Other prominent central banks tend to share the aggressive stance (expect for the Bank of Japan). This was especially noticeable in September, when European Central Banks, Swiss National Bank, Bank of England and Bank of Canada all hiked their respective rates by 50-75 bps.

While so far, the economy has shown signs of resiliency, this might change in the next quarters. US composite PMI stood at 49.3 in September: while the manufacturing index was in the expansionary territory, above 50, the services industry has been dragging down the composite index below 50 since July. This means that the composite numbers suggest that the overall economic activity in the US was declining in the 3rd quarter. Thus, strong payrolls may also start to come down in the months ahead.

Meanwhile, Europe is still in the grasp of the ongoing geopolitical issues, energy crisis and weakening economic outlook. For now, unemployment in the EU is lower than the pre-pandemic levels, but manufacturing and composite PMIs have been below 50 since July (and the services PMI since August). Moreover, the readings have been in a steady decline, as firms have been reducing energy use in an attempt to mitigate the gas shortage. At the same time, inflation is raging, breaking multi-decade highs, so the central bank is set on raising rates further. However, the threat of a recession is even higher in Europe than in the US due to energy-dependency on other regions, including Russia, and the imposed trade barriers. To an extent, the weather in winter is going to be a determinant of the severity of economic difficulties in the region.

Its sounds like a broken record but Fixed Income markets remain challenging as we are in the middle of an aggressive rate-hiking cycle. After central bankers had badly underestimated the strength of inflation, the Jackson Hole meeting made it clear, that the Fed is going to do everything it needs to tame inflation. Later in September, after a third consecutive 75 bps hike, Powell reinforced the bearish outlook for rates. The optimism for a soft landing evaporated as he delivered a gloomy economic outlook amid what has become the most aggressive campaign to tighten monetary policy since 1981. The combination of inflation running at multi-decade highs and unemployment at multi-decade lows can only have one outcome: higher rates.

The Fed-Fund future market is indicating a peak of 4.5% in May 2023, with a fall to 4.4% by year-end, meanwhile Fed officials expect interest rates to stay at 4.6% per cent by the end of 2023. So far, the future market has been wrong and is now adapting to the more hawkish stance by the Fed. That’s why 10-year rates were touching the 4% level last week. They are following the strong rhetoric from Fed officials, which were caused by stubbornly high inflation figures.

The market expected that CPI was going to slow this summer, but this did not happen. Sure, it’s not rising anymore, but it doesn’t look like its falling either. Central bankers have to balance the prospects of a recession against the risk of a sustained inflationary environment that would undermine their credibility. For the moment they are forced to fight inflation, whatever the costs.

A fourth consecutive 0.75% rate rise at the next policy meeting in November is expected. If the target rate of 4.5%, predicted for spring 2023, turns out to be correct, we expect that 10-year rates will top in the 4% area. But the next CPI release on October 13th will tell, if the Fed, and market expectations are on the right path.

Although current 10-year yields have already priced in the expected hiking cycle, we remain neutral on duration as we first want to have evidence that inflation is slowing down.

Unfortunately, it doesn’t look better for credit markets. Borrowing costs are rising and the economy is cooling down – a mixture that doesn’t bode well for risk assets.

We remain cautious on HY and don’t think we have seen the bottom yet. Although current spread levels are more attractive, we think it’s too early to step into HY. The sentiment is too fragile, proven by the fact that fund flows are still negative for the asset class and the new issue business for HY and EM is still struggling.

For us, the best place to be is short term Investment Grade Bonds, but not longer than 5 years. Yields of 4-5% for solid names are attractive and offer good value, and not only for FI investors.

The reassessment of monetary policy caused distortions on the financial markets. The stock markets recorded significant price losses and fell to new lows for the year. A sustained recovery is still not in sight. The central banks' clear commitment to fighting inflation will keep inflation expectations in check, and the growing risks of recession will do the rest. In the short term, yields may rise further, but we expect lower rates over the next six to twelve months. We continue to take a cautious view of the equity markets but are not entirely as pessimistic as the street.

The dip in the stock markets that began at the end of August continued in September. The MSCI World lost more than 7%. The risk aversion also made itself felt in the sectors, where the defensive sectors were also in the red but performed better than the cyclically sensitive sectors.

The Q3 earnings reporting season, which is about to begin, is caught between unsettled shareholders, who have already seen share prices fall significantly, and financial analysts, whose earnings estimates remain at high levels. In other words, while the former has already anticipated much adversity, the latter are still confident. We expect the actual company reports to be predominantly better than investors feared. This is supported by the leading economic indicators, which declined in the third quarter but are still in growth territory. This is likely to support rather than depress the stock markets due to the pessimism already priced in. Nevertheless, there is much to suggest that the outlook for companies is less optimistic, which should prompt financial analysts to lower their estimates for the coming quarters. Larger market corrections in response would be expected if these outlooks pointed to a global earnings recession. However, this usually happens only when companies have little choice. In view of our economic forecasts, it still seems too early for this. Hence, we maintain our equity exposure at neutral stance.

The sharp declines on the global stock markets since the beginning of the year are mainly attributable to the key interest rate increases already implemented and still expected by the central banks. Among other things, higher interest rates increase the factor by which future profits are discounted. This reduces the present value of the expected income stream, i.e., the share price. This is reflected in the sharp drop in the P/E ratio. Although there is now more clarity about the intentions of the central banks, the challenges for shares are not diminishing. This is because the interplay of higher interest rates, the geopolitical tensions with the looming energy crisis in Europe and declining economic momentum coupled with increased cost pressure, the risk of declining profits is rising. In this respect, we continue to consider equity markets with a more defensive sector structure or those that are considered more safe havens due to their liquidity as attractive. Once again, we prefer American names to their European counterparts.

Commodities were hit badly in Q3. Worst commodities were Crude and Brent with 24% losses. Only Natural Gas went up 25%. Similar picture is seen with metals, which lost 6 to 12%: Gold ended the quarter close to USD 1’660. The yellow metal oscillates around USD 1’600 and USD 1’800. Main impact factors where inflation and central banks’ actions. The more hawkish tone of the FED appreciated the USD versus most of the other currencies as well as the commodities. The longer inflation remains higher, the stronger the reaction of the central banks will be, and therefore Gold will remain under pressure. We expect inflation to ease, so investors might  profit from elevated volatility of the gold prices. We do not think that commodities will continue to hedge against inflation as economic demand is faltering.

Same effects also apply to Energy commodities: the continued war and therefore limited supply of gas to Europe keeps prices elevated. However not only Europe’s weaker demand but also China’s and the US’ weaker economic data are forcing oil prices to retreat. We also expect commodities to be range bound and profit from historically elevated volatility levels.

Private markets are not yet fully reflecting the difficult market environment of the summer months. Our investments are performing between flat and -3% for July data since the beginning of the year and therefore keeping up significantly better than the public market. However, rising credit spreads as well higher interest rates will have an impact on private markets too. Private markets are still our conviction call, but with the Evergreen programs, as they offer at least some basic liquidity.

The GBP is suffering a loss of investor confidence. The collapse of the currency in the past weeks and months, but especially in recent days, was prompted by the announcement of large, unfunded, fiscal easing. Comments from Chancellor Kwarteng over the weekend about the potential for further tax cuts compounded concerns. Investors began to speculate that the BoE would intervene with emergency hikes but were left disappointed when Governor Bailey dismissed this option. The next regular meeting of the monetary policy committee is at the beginning of November, and a hike by 75bps is the most likely outcome. Although the BoE has been tightening policy all year, it has proceeded with more caution than others; a 75bps increase would mark a turn, which is likely to see policy rates peak at 4.5% in March. A policy mix of loose fiscal policy and milder monetary tightening gives investors few reasons to hold the pound. Hence, we sell on rallies between current levels and 1.1400.