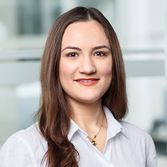 With price growth data in the US and Europe exceeding expectations, US President proposing more and more enormous spending plans - the latest one amounting to $6T - and omnipresent supply shortages, inflation has truly come to the forefront of investors’ concerns. The main question now is whether it will prove transitory or become a beginning of a new trend.

As was expected, inflation in the US is accelerating. Core PCE price index, which excludes the volatile energy and food prices, in April was up 3.1% year on year, exceeding the already relatively high March reading of 2.4%. This rate is much above the Fed’s average target of 2% and is worrying investors, as it might prompt the central bank to start withdrawing the pandemic support measures, while unemployment in the country still stands at an elevated level of 6.1%, around 2.5 percentage points above the pre-pandemic level.

So far, the markets have been uneasy, but mostly they tend to believe the Central Bank in that the support will continue for now, and inflation pressures seem to be only temporary. In support of the Fed’s view, it is worth noting, that inflationary dynamics has not yet crept into wages, and the average inflation targeting mandate is not defined strictly and thus allows an unspecified number of periods of overshooting. What is nonetheless keeping investors on their toes, besides the macroeconomics data, is that central banks of some major economies, like New Zealand, Canada, England, have already made the first steps towards tapering or are discussing it, and “talking about talking” about Fed adjusting its asset purchases has already been mentioned in the latest FOMC meeting minutes.

US 10-year Treasury yield continued to trade sideways in May gravitating around 1.6%. The bond yields have not reacted to the latest inflation data, although there was an uptick as a reaction to the latest Initial Jobless Claims, which turned out lower than the analysts’ consensus. Bloomberg analysis suggested that the 10-year US Treasury notes are trading around their fair value now, and their yield will slightly exceed 2% by the end of the year. The model also showed that the Fed is likely to slow the pace of its asset purchases in early 2022.

Nonetheless, we believe, that the risks at the current yield levels are high, so we prefer to keep duration short and favor some of the lower-rated names - around BB – keeping portfolios as diversified as possible.

Equities had a mixed performance in May, overall consistent with the rising inflation environment. In sectors, technology, utilities, communication, and consumer discretionary (except in Europe) were the underperformers, while energy, financials, materials, staples, and industrials lead the way.

Among regions, Europe was one of the outperformers, with its equity market exposed to financials, staples, industrials - all of which were outperforming in May - to a larger extend than the US market, which is more concentrated in tech and thus is more vulnerable to inflation/rising interest rates concerns. Meanwhile, China continues to underperform, being heavily exposed to consumer discretionary and communication sectors, both of which were in red last month.

Improving economic situation and rising yields should continue to make the environment favorable for the financial sector, and Europe, driven by progressing vaccinations, reopening and recovery, is likely to continue performing well in the upcoming weeks. Overall, equities have an upside potential in the coming months, but may be volatile, so we prefer to keep the neutral position.

Gold showed a great performance In May: its price rose by 7.8% and ended the month at over $1906 per ounce. Although, from the technical perspective, the price pattern formed since April is traditionally considered somewhat a bearish one, and the momentum is starting to slow down, the metal did break through a psychological threshold of 1900, which means there might still be more growth potential. Moreover, on the fundamental side, the USD is weak, inflation is rising, Fed is staying dovish, and cryptocurrency investors are having a reality check – all these factors might contribute to gold price growth. The threat, just like for the other asset classes, mainly comes from the possibility of earlier-than-expected tapering by the Fed.

EURUSD grew in May from 1.20 to 1.22. US inflation expectation increase above the EU price growth could counterintuitively mean that the Dollar would appreciate relative to EUR, if the Fed were willing to increase rates in response. However, as the Fed is likely to maintain the dovish stance for now – same as the ECB - rising inflation, in addition to the optimistic recovery outlook for Europe, can provide a support for EURUSD in the short run instead. On the other hand, the market appears to have already priced in the accelerating vaccinations in Europe, while the risks from new COVID-19 strains, and thus new lockdowns and other restrictions, might weight down on the currency.

Oil also grew in May and ended the month around $66 per barrel of WTI Crude and $69 for Brent Crude. Reopening and resumption of travel, as well as demand exceeding production alongside the normalizing oil inventories, should continue to support oil price in the coming weeks. In the somewhat longer term, as analysts are anticipating, oil will hit $80 per barrel in the second half of the year. The exact time depends on whether and how fast Iranian supply enters the market after the US sanctions are lifted, but the base scenario suggests the commodity is likely to get to the $80 level in October.