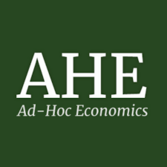 The economic downturn that follows the Great Lockdown will be unlike any before it. Large sections of the economy were forcibly shut and there have been dramatic spikes in unemployment. Substantial economic support packages were introduced. Now, as economies reopen, whole sectors have to adapt their business models to meet social distancing requirements.

These countervailing forces make it difficult to accurately predict the path of inflation. Normally, a negative demand shock weighs down on prices, whereas a negative supply shock has the opposite effect. COVID-19 has adversely affected both demand and supply. The impact on inflation after other economic shocks has often been more straightforward to assess. The Great Depression was deeply deflationary as monetary policy was constrained by the gold standard. The 1973 oil crisis was highly inflationary due to a contraction in the supply of oil.

Job losses and falls in income
In March, many workers were sent home as the virus shuttered large parts of the economy. Governments stepped in to subsidize wages and enhance welfare payments. Despite this, many households have seen their incomes fall as furlough schemes only partially replaced wages. Many workers have also lost their jobs. In the US, the unemployment rate has hit 13.3% and is likely to remain high even as the economy reopens. With people out of work, pressures to raise wages are lower, suppressing costs and prices. Falls in household income will also reduce demand, meaning businesses are less able to raise prices. This will weigh down on inflation. Lower commodity prices will also feed through into lower prices. Commodity prices remain well below where they were at the beginning of the year, driven lower by reduced global demand and a Russian-Saudi oil price war. This will translate into lower consumer prices.

Economic uncertainty
Some have argued that pent-up demand will lead to inflation as lockdown restrictions are lifted (or after a vaccine is found) and lead to inflation (or after a vaccine is found). However, with ongoing uncertainty it is unlikely to temper any increase in demand. In the absence of a vaccine, people will remain wary of the virus. This fear won’t vanish as lockdown restrictions are eased: demand for restaurants had fallen sharply even before legally enforced lockdowns were brought in, for example.

Any uncertainty about the virus will amplify economic uncertainty. As the path of the epidemic remains unknown, households will worry about future income and job prospects, moving to increase savings. Savings rates have jumped substantially during the lockdown, and Lawrence Summers, former advisor to President Obama, argues a higher savings rate will endure. Higher saving will reduce household spending, suppressing inflation. The European commission estimates that the household savings rate will rise to a record 19% this year (from 12.8% last year), before remaining high at 14.5% next year. 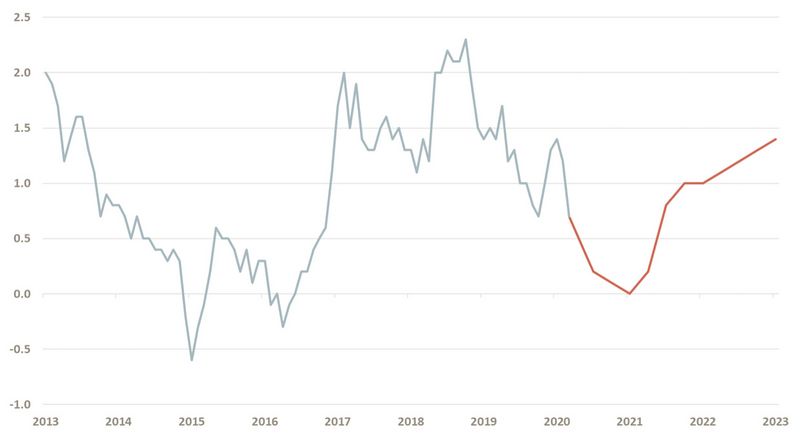 The scale of economic interventions
There are also some who worry that the interventions introduced by governments and central banks will eventually fuel inflation. The Federal Reserve has increased its balance sheet by over 67% since the start of March, much of it by purchasing government debt.

There were similar fears that QE programmes after the Global Financial Crisis would cause runaway inflation. This didn’t happen. Instead of increased lending, banks used central bank money to increase reserves and shore up balance sheets. Monetary stimulus didn’t reach the real economy in the quantity needed to spur inflation. In addition, much of the increase in fiscal spending is temporary - wage subsidy schemes will be tapered away as economies recover, for example. The increased fiscal spending is intended to protect jobs and livelihoods during lockdown rather than to stimulate the economy. This makes it unlikely that fiscal spending will fuel inflation in the short term.

Inflation, however, might build up in the longer term if monetary policy were to become subordinate to fiscal policy. A situation might arise where economies had begun to recover making it necessary for central banks to tighten policy. Given the level of debt accrued by governments, any raising of rates would make these debts more costly to bear and might prove unpopular with politicians. Olivier Blanchard, former chief economist at the IMF, has suggested that if central banks were to buckle to political pressure, they might not increase rates, choosing instead to keep government debt service costs low. Central banks would renounce their independence, economies would overheat, and inflation would follow.

Deflationary prospects
Even before COVID-19, many central banks were struggling to hit their inflation targets. While interventions by governments and central banks have supported incomes, weak economic conditions, uncertainty and lower commodity prices make it likely central banks will continue to have trouble meeting their targets in the short term.

Although not a perfect gauge of inflation expectations, markets are indeed pricing in lower inflation. Expectations are for inflation in the US to average below 1% over the next five years. A drop in inflation is also forecast for the eurozone, with growth in prices not much above zero over the next 12 months. Indeed, there are worries that economies might slip into deflation. This would harm recovery and make debt burdens less sustainable. A deflationary spiral would also be hard to break if Japan’s experience over the last 3 decades is anything to go by. Compared to the prospect of deflation, higher than expected inflation might be welcomed.