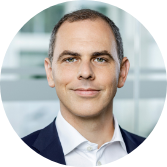 10 days have passed since the corona virus started to haunt market participants. Stock markets are down by more than 12 percent since the beginning of the year. Nevertheless, markets since December 2018 are still positive by more than 12 percent. Volatility as a fear gauge spiked to levels last seen during the financial crisis. Gold first soared, but it seems to be range-bound in the 1’600 range. Despite the individual tragedy of the corona virus, mortality rate seems to be at low levels. In Asia, economic activity picks up speed following logistics companies such as CMA CGM or Kuehne & Nagel. In addition, the Baltic Dry Index, which measures current freight costs for the most important shipping routes, is recovering. Situation in China and South Korea are pointing to an easing of the situation. However, the situation in Europe worsened by some countries to start to ban travel within regions or countries.

The FED took also actions by surprisingly lowering interest rates by 50bp. Those measures seemed to be counter-productive and worried markets even more. Another two rate cuts are already fully priced in markets. Prices are now estimating a recessionary scenario by 50 percent.

The oil curve also inverted after a price war exploded between Russia and Saudi Arabia. Saudi Arabia plans to boost oil output next month to well above 10M barrels a day. Oil prices fell more than 30%. Markets are still expecting it to recover soon above USD 40 as the forward curve in Crude Oil is very steep.

There are three scenarios: a pandemia, with higher mortality, slow recovery of the outbreak or a temporary controlled outbreak with a V-shaped recovery. Given the situation in Asia and the promising slow-down, we assign the controlled outbreak the highest probability. The economy might see a technical recession but recover soon. Governments are joining in to aid the most vulnerable sectors such as tourism. Companies will start to increase their efforts in digitalization. Most surprisingly is the strong upheld of the internet companies such as Alibaba in China. Consumers are still consuming and will build the basis for an economic rebound. Therefore, we recommend not to panic and stay with our overweight in equities.