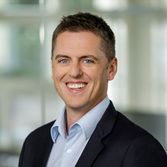 Black Swan hits the world! When the virus broke out in China, who would have thought that this would become such a huge global issue? Stock markets crashed the worst since 1987 and worldwide, the pandemic is affecting people which could lead potentially to a medical and social collapse on a massive scale. But we do not want to paint the devil on the wall. The key central banks have already shown that they are in the “do whatever it takes” mode to cushion the economic consequences of the lockdown. But they have also de facto moved towards a new
regime of coordinated monetary-fiscal policies, which may well evolve towards a new form of controlled monetary financing.

For the time being it is difficult to quantify the economicdamage of the lockdown. Approximate estimates by renowned German research institutes such as Ifo or the Institute for the World Economy assume that in times of very extensive standstill, as is currently the case, around 50-75% of the normal output of our economy falls by the wayside. Depending on the assumption of how long the measures in this stringency have to be maintained, forecasts of the annual effect on GDP can then be made. If, like the Ifo Institute, analysts assume that around three-quarters of economic activity is lost for two months, the contraction for the year as a whole would be around 13%. On the one hand, this rough calculation is likely to neglect the fact that part of the lost output will be made up for later. On the other hand, the example of China shows that an economy that has been at a standstill for several weeks cannot be brought back to 100% from a standstill. Especially in market-based systems, the traces of the slowdown are likely to drag on for several more quarters, even if - as most forecasts assume - activity can be gradually ramped up again by early summer.

Analysts expect a gradual recovery in economic activity from the middle of the year onwards. China is to the rest of the world in fighting the virus about one quarter ahead. In Hubei province, where about 60 million inhabitants in the last two months were in quarantine, the lockdown is largely lifted. The economic upturn should therefore begin in China as early as the 2nd quarter and provide welcome support for the global economy. However, it is likely to take until well into next year before capacities in China and in the rest of the world's economies are running at full capacity again.

What a month in Fixed Income. From US rates to HY credit and Emerging Markets, volatility has been historically high. The downturn captured all segments with heavy spread widening everywhere. Liquidity disappeared and the market was facing a flood of outflows from funds and ETF's. CDS markets outperformed cash markets. Only when central banks stepped in with limitless buying programs, the situation calmed down somehow. After the FED announced it would buy IG bonds below 5-year, good quality names from defensive sectors have been able to print hundreds of billions whereas the market is closed for lower-rated credits.

Unfortunately, the double whammy of corona-crisis and the oil-price shock will most likely lead to a wave of downgrades in the sector of "Fallen Angels". About USD 320bn BBB bonds trade already above average junk level, anticipating rating moves and forced selling. According to Moody’s, global default rate could climb up to 6.8% in one year in a sharp but short downturn, and to 16.1% under conditions similar to the global financial crisis. In an extremely severe recession, it would even rise to 20.8%.

The flows into quality (IG) will continue, especially from more prudent equity investors and an institutional shift from BBB into single-A's. Higher beta names are depending very much on the overall sentiment and on the oil price.

The pandemic is causing major distortions and enormous uncertainty on the markets. Overall, we believe that the equity markets will not calm down for the time being and that high volatility remains in the coming weeks.

Corporate profits are threatened by the economic slump. However, the massive monetary and fiscal policy support for companies and employees gives hope that the worst can be prevented.

The recent correction is certainly welcomed but most probably not sustainable and a double dip cannot be ruled out. Hence, what shall investors look for when entering equity markets the coming weeks or even months? First and foremost, the virus spread in the US must begin to slow, so the economic impact and containment efforts can be understood. Secondly, there must be evidence that the limitless measures taken by the FED and US Government to support the economy is sufficient. Only time will tell, if they can limit defaults, closures and layoffs. Lastly, the investor sentiment and positioning must bottom out and clearly, we are not there yet.

Considering the current circumstances, the uncertainties are too high to give a conclusive and positive assessment of the equity markets. Hence, we reduced our Equites to underweight until we see a clearer picture. As a reminder: the 2008 was credit crisis, created by humans and was in retrospect controllable as such. No one was dying and countries did not have to shut their borders. This time it is different. The world is facing a natural threat, a microscopic living thing, something that kills people and cannot be managed by just making balance sheets transparent. Luckily, policy makers have enough experience in managing economic downturns and fighting recessions. But we are still not really there yet as the medical issue prevails.

Gold actually has the character of a safe haven. But what we have seen in the last few weeks puts some things in the shade. While stock markets continued to crash, the precious metal lost its ground as well. But why? One reasonable explanation might be the global funding squeeze which forced USD to trade strongly higher. Companies and banks are hoarding USD to pay their debt and keep business flowing during the pandemic. Literally, they sold everything to max out their credit lines to keep large amounts of cash at hand. Even major Central Banks who have been steady buyers the last years have suspended gold buying. We believe gold will definitely trade higher the coming months. Dips are getting bought and that is the psychology of the gold market now. If there is a dip for a few days, those buyers will come back. Levels below USD 1500 per oz. looks attractive compared to a US 30Y bond yielding just above 1.20 percent.

Looking at the FX markets, the pandemic is leading to a higher volatility and a reorganisation of the currency structure. The USD is a prime example of this. After the Greenback had collapsed between the end of February and beginning of March, it was able to recover in a flash (859 pips trading range) and reached its highest level in about three years. The background is – as mentioned above – the lack of liquidity in the USD funding market. However, hardly anyone is interested in a liquidity shortage and an even stronger USD. For this reason, the FED has set in motion all possible levers to supply the market with sufficient liquidity. Due to the massive easing of US monetary policy (interest rate cuts by a total of 150 basis points and announcement of unlimited purchases of government bonds and mortgage securities), the impending recession in the US and a further drastic deterioration in the US government budget, analysts expect the highly valued USD to weaken significantly as soon as the acute USD liquidity bottleneck subsides. Hence, we see the EUR/USD on a short-term basis rather limited to the upside but should appreciate the months to come. Also, the USD has lost its attractive interest advantage which should help the EUR currency to appreciate over the course.

If there is one market out there that is looking extended and ready for some reversal flow, it is the oil market with the commodity taking a beating in 2020 (worst ever) and well oversold. There has been some talk of efforts to stabilise the price and we are curious to see if any fundamental catalysts are around the corner. But for the time being the downward pressure is still in charge.