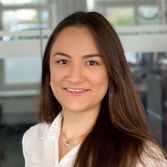 The number of daily newly registered COVID-19 infections in the world peaked in the end of July and has been slowly decreasing over the past month. However, the fears of a second wave or resurgence in Europe and other parts of the world became more substantiated. At the same time, vaccine prospects appear more and more realistic giving hope to investors. The US-China relationship is still at the lowest point in almost half a century with tensions continuing to escalate, but developments in the trade deal negotiations between the two countries add optimism to the markets. Many major equity indexes have regained or almost regained their March losses with Nasdaq hitting yet new highs and S&P 500 and FTSE All World having finally recovered all the March losses. However, S&P 500 Speculative Net Positions slightly fell in August as well as the Volatility indices remaining negative and signifying a minor deterioration in market sentiment.

Economic data released in August was mixed. European data was disappointing: EZ August manufacturing PMI showed a slight decrease relative to the July level instead of the expected increase and now stands at 51.7. The UK and the US, at the same time, saw brighter August PMI figures: 55.3 and 53.6 respectively, both of which not only were higher than the previous month, but also exceeded analysts’ expectations. The US July housing data released in August, such as housing starts, building permits, existing and new home sales, all showed growth relative to the previous month and even outperformed expectations. However, MBA mortgage applications and Conference Board Consumer Confidence Index for August experienced surprising deterioration relative to the July figures.

The US initial and continuing jobless claims are still at elevated levels but brought no major surprises in August. The American Republicans and Democrats have not yet agreed on a new stimulus bill, so in the beginning of August, the US President signed an executive order, according to which unemployment payments of up to $400 per week were to be payed to jobless Americans. However, only six states have started paying out the benefits by the end of the month.

One of the much anticipated and influential events of late August was the US Federal Reserve chairman speech at Jackson Hole symposium in which he announced an adjustment of the Fed’s inflation policy: the existing target rate of 2% will now be the desired average, which means that periods of overshooting will be acceptable. This also means that employment will be allowed to rise above the target level and that interest rates will remain extremely low for years. Therefore, the search for yield continues.

In August, US 10yr Treasuries yields traded in a range of 20 bps, which is a bit wider compared to prior months. Overall yields at the longer end were raising, resulting in a steeper yield curve. UST 2-30yr steepened by 15 bps to 125. The main reason for the underperformance of the ultra-long end was the disappointing auction for USD 26 bn 30-year bonds. Currently the Fed is purchasing about USD 80 bn US Treasuries per month.

Credit markets had another solid month with HY spreads tighter by another 40-50 bps in Europe and US. The FED support for credit markets lifted even the weakest borrowers. The amount of Junk-Bonds shrank 4.7% to about USD 307 bn, the biggest decline since mid-June.

Companies are still taking advantage of record-low rates. By mid-August, US high-grade issuance climbed to 1.3 trillion, beating the full year record of 2017. Despite the summer lull, primary activity was rather high, especially out of Asia.

In Emerging Markets, Argentina was able to reach an accord with its biggest creditors on terms for a restructuring of USD 65 bn in foreign bonds. More to come from the Provinces.

We remain constructive on credit as the hunt for yields will continue. In IG we would reduce duration a bit as the curve is flat and tightening potential is limited.

The summer rebound continued to new highs. S&P 500 increased by 7%, others were following but lagging. The technology stocks are still fueling the rally and are now worth more than the European stock market capitalization. The US equity markets seems to be the safe haven. MSCI Europe is still 10% down from the beginning of the year and trended sideways in August. However, the strength of the EUR reduces the lag slightly. MSCI Asia is in line with the US driven by a stronger Chinese market.

Our equity indicators are still suggesting a cautious stance, but economic data further improved. We therefore increased our equity allocation to a slight underweight. The fear of missing out in markets seems to drive this rally. The continuing efforts of the governments to support markets and economy are supportive. Nevertheless, markets have to keep an eye on inflation as central banks start to target an average of 2%, for example in the US, and not a maximum inflation of 2%.

Gold stabilised on around USD 2’000 – driven by fears of inflation, ballooning central bank balance sheets and weaker USD. We continue to see some upside to Gold as momentum should be strongly supportive but not with the same speed.

Global Hedge Funds also recovered from their march lows, now flat compared to beginning of the year. Smart money of the hedge funds this year does not seem to pay off much as hedge funds are only partially profiting from the recovery of the markets with typical divergent strategies such as macro or CTA still lagging markets with a flat price development this year.

Crude Oil is still 20% lower than in the beginning of the year and taken into consideration the roll losses: the investable instruments took a big hit. The hurricane season and economic activity lead to higher prices. 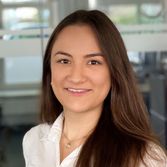